For Aki it is not the first experience to FC Bayern’s home as she also travelled to Munich in 2016, being selected after her second FC Bayern ID North Residential Camp:“I would just like to say a big thank you to GPS who made this whole trip a positive learning experience, I would have never gotten this opportunity without the help of GPS and my coach, and I am very grateful”. said Aki Yuasa.

During the trip, Aki had the opportunity to train with FC Bayern Frauen First and Second Team, sharing the field with German National Team Players: “I think what impressed me the most was the speed of play during the training session,” said Yuasa. "I was aware of how fast the speed of play was going to be beforehand, but watching and playing with professional players of a top club such as FC Bayern made it crystal clear in my head of what kind of player I would like to be in the future: playing quick, simple, and efficient soccer is the way to reach the top.”

The new FC Campus was obviously a highlight of the trip: “It was amazing to see the facility and all the people who work there, their effort in order to make everything great for the players” added the Vermont native. “Another thing that impressed me was the atmosphere on and off the field, they always enjoyed themselves in the locker room and during the practices, this helped me to understand that having fun playing the sport that I love is essential”.

The trip allowed Aki to understand where she has to keep improving and training hard: “It’s important to be a “complete” soccer player. You can’t just be athletic or just be technical, you have to have both those attributes,” concludes Aki.

Tom Wörle, FC Bayern Frauen First team coach was impressed by Aki’s technical proficiency: "She is very young talented player with an interesting football potential. We are really interested in her further development".

The success of Aki’s experience in Munich is a clear statement for the quality of the FC Bayern Girls ID Program, run across 25 locations in all North America, by GPS and Affiliate Clubs. 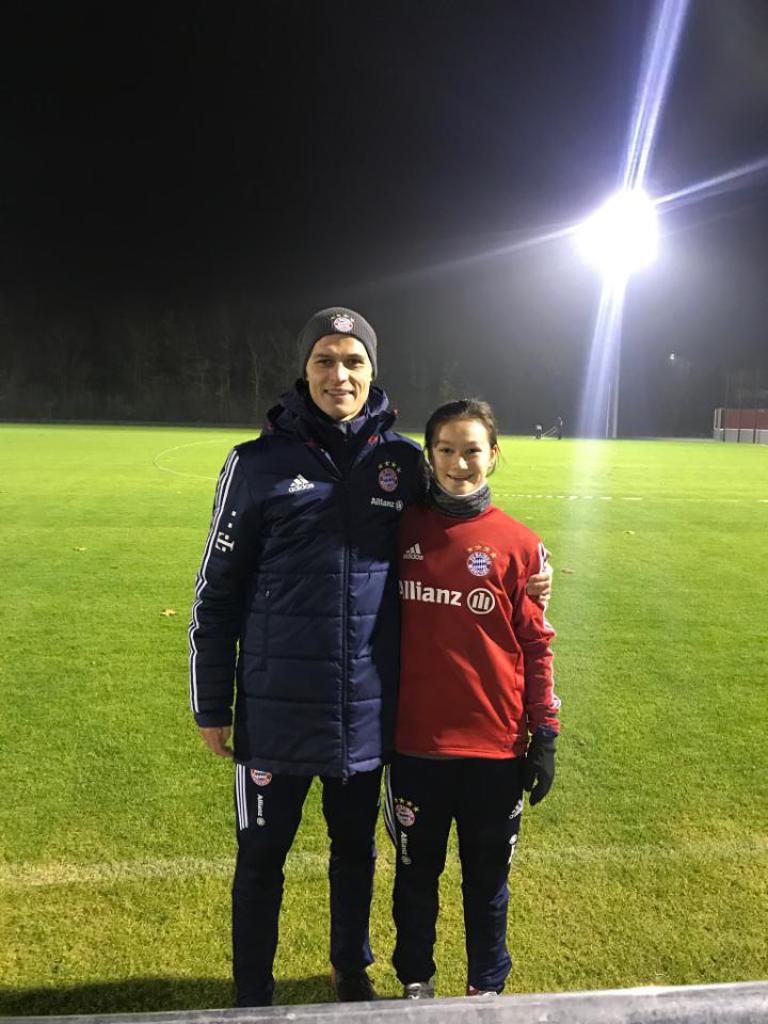